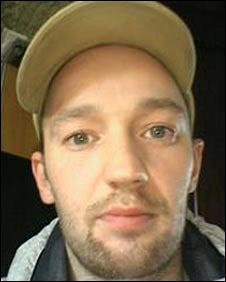 Christopher Folkes - May 2009
A teenager will serve a minimum of 11 years in jail after being sentenced to life for the murder of a man in a park.

The 16-year-old, who can now be named as Mohsin Mohammed, was involved in a fight in Queen’s Park, Blackburn on May 30, which left Christopher Folkes, 36, with severe head injuries.

Mr Folkes, of Oban Drive, Shadsworth, died in hospital the day after the attack. 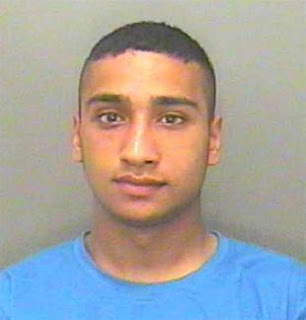 The Enricher
Today at Preston Crown Court, Mohammed, of Sussex Drive, was found guilty of murder after a week-long trial.
Senior Investigating Officer Detective Superintendent Neil Hunter said: "Christopher was subjected to a sustained and vicious assault. "He was repeatedly kicked about the head whilst lying motionless on the ground in a motiveless attack. "What made this even more sickening is that it is was committed in broad daylight whilst other people were using the park for recreational purposes."

"The young man responsible had consumed far too much alcohol but despite this he was still able to chase, fell and then subject the victim to an unprovoked violent attack that even appalled the friends who were with him in the park.
"Even the screams for him to stop, from a member of the public who witnessed the attack, had no effect on him; he just continued attacking the victim. "As he walked away leaving the victim seriously injured and unconscious on the ground he made an extremely offensive comment that adequately demonstrated his lack of concern for another human being. "His attitude was quite disgraceful and I find it unbelievable that someone that young can behave in such an appalling manner. "I only hope today' s outcome will provide some small comfort to Christopher's family and I wish them the all well in the future."

Prior to his murder, Chris had just phoned his mum to tell her he was on his way round to see her.

At the time of his death, Chris's mother Christine Baxter, 51, and family said: "Chris was not a fighter, he was a mild mannered boy and not violent.

"We have been left devastated."

Chris left behind a teenage daughter aged 18, two sisters aged 26 and 28, a brother aged 39 and a stepfather in his 50s.

Source
Posted by The Green Arrow